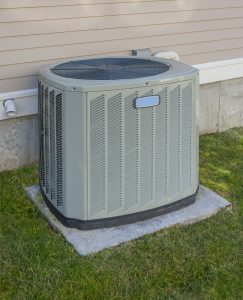 Warm weather often lasts well into the fall here in southern Texas, which means most homes are only now starting to turn their air conditioners off in favor of their heaters. With long months of regular use during our hot summer, your AC has likely taken on quite a bit of work as of late. Breakdowns and repair calls are extremely common this time of year, and even if you’ve turned your system off for the winter, it pays to have a quality service give it a look for anything that needs fixing.

You should never attempt to formally diagnose a problem with your air conditioner on your own, let alone try to fix it. Air conditioners contain potentially dangerous components like refrigerant–requiring formal training to correct–and even seemingly obvious problems need a licensed repair technician to address properly. That doesn’t mean that you can’t spot the obvious signs that something is wrong and summon a repair service to take care of it. Now makes the perfect time to do so, since you have all winter to schedule repairs before you’ll have regular need of your air conditioner again.

Generally speaking, any behavior that doesn’t match the normal function of your AC is cause for concern. But here is a quick list of three specific symptoms to watch out for.

You can probably tell that the system is having trouble if you turn it on and warm air blows out of the vents. But the same holds true if the air is cool, just not as cool as you were expecting. It can be caused by anything from leaking refrigerant to an overheating component to a breach in the ducts which pulls unconditioned air into the system. Regardless of the causes, it lowers the system’s efficiency, which in turn raises the monthly costs of running it. It also increases strain on other components, which raises the risk of a more serious breakdown.

Fan motors are usually to blame for a lack of airflow through the system, though a problematic fan belt and/or issues with the fan blades themselves may also be to blame. In some cases, the lack of sufficient airflow may also be caused by a blockage in the ducts or a problem with the air filter. Either way, the issue is similar to a lack of cool air: increasing costs and lowering efficiency. In addition, low airflow usually means cool air trapped in the air conditioner itself, which can damage key components.

Sometimes, there doesn’t need to be anything specific to indicate a problem. A malfunctioning component may continue to do its job, it simply uses up more energy in the process. That will cause your monthly bills to spike without any matching uptick in AC use. If your bills suddenly go up without any reason, it usually merits a repair call.

Air conditioning repairs in the Austin, TX area can be performed by the friendly pros at Intelligent Air Services. Call us today!