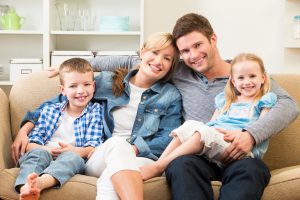 Winter arrives slowly in the Austin area, and even at its worst, it doesn’t get nearly as cold in our neck of the woods as it does further north. Nevertheless, we need our heating systems to keep warm on the chilly winter nights, and chances are you’ve already had to run your heater more than once this fall. That makes now an excellent time to spot any problems that your heating system may have.

Laymen should never attempt to diagnose a heating problem, much less repair one. Heating systems are complex and contain potentially dangerous components such as gas lines. Determining the exact cause of an issue, much less fixing it, requires formal training and licensing from the state. That doesn’t mean you can’t spot the signs that something is wrong, however, and call in a trained technician to deal with the issue. Generally speaking, anything that doesn’t match your heater’s normal functioning is cause for concern. However, there are several common symptoms that recur across a wide variety of problems. The next time you turn your heating system on, watch for these specific issues, which can include, but are not limited to the following:

If you need heating repair services in Austin, TX, call on the pros at Intelligent Air Services today!