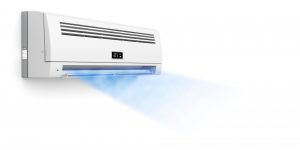 Spring is the time when outdated air conditioners get replaced for new models. It makes all kinds of sense to do so now: summer has not yet arrived and you have an opportunity to start enjoying the improved efficiency and other benefits of a new system as soon as the weather becomes hot. Most of us are used to centralized air conditioners, which generate cool air in a single location and then blow it into our homes via a series of ducts. They’re safe and efficient systems, but they aren’t the only type of air conditioners for sale, and if your home needs something a little different, you would to well to consider them.

In cases where central air doesn’t make a good fit for you, we often recommend ductless air conditioning systems as a viable alternative. They can provide a number of benefits in the right circumstances.

Centralized air conditioners generate cool air in one location. Ductless systems, on the other hand, do so from multiple locations: a series of small units, each charged with cooling one single section of your home. They can be controlled independently of each other, allowing you to turn them on and off and set different temperatures without affecting the performance of the other units in the system.

What Kind of Benefits Does This Provide?

Ductless systems often cost more to install than centralized systems, since you need to set up multiple units instead of just one. In exchange, however, they offer a number of important benefits, including:

If ductless air conditioning sounds like it could work well in your Austin, TX home, call Intelligent Air Services today to set up an appointment and discuss your options.